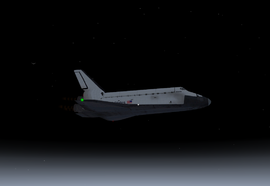 The SpaceShuttle is been developing and tested on several platforms, including GNU/Linux, Windows XP, Windows 7, and ¿¿¿¿¿ Mac OS X ???? with FlightGear 3.2 3.4 and GIT.