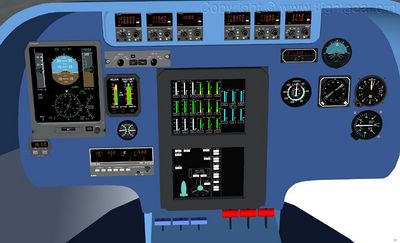 Replacement of the big PFD with two smaller units is awaiting further developments in the FlightGear core.