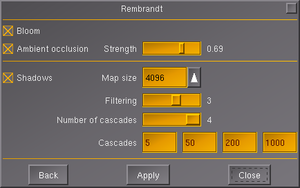 Development has started on a multiplayer map (similar to MPMap but as a desktop application rather than a web page, and using OpenStreetMap instead of Google) 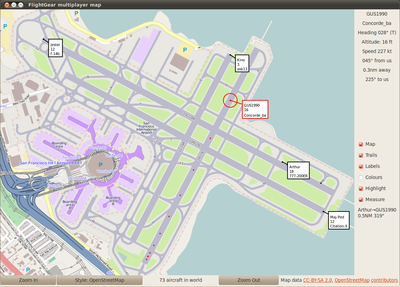 The Berlin Tempelhof airport was opened officially on 8 October 1923. But there was aviation activity on this area before. 1909 the Wright brothers show there flyer there for example. During the 1920ties it was the one of the busiest airports in Europe. The old terminal was originally constructed in 1927 and was destroyed during WW II. The today building was started in 1936, but was never finished until the end of the war. After the second world war it first became a base of the U.S. military until 1993. In the 1950ties it was also opened for civilian flights. It became famous during the Berlin airlift 1948-49. The airport was closed on 30 October 2008.

Tempelhof airbase was an airport of course, but also a small independent town in the city of Berlin. They had a an own power plant, waterworks, garbage incineration, a railway side track, sporting facilities, bbq-area and a plant nursery. The aim is to have the airport areal and the near surrounding as complete as possible to bring a bit of the special atmosphere of this place to FlightGear. Most of the technical facilities are modeled and send to the repository. The main building is in work. It's model partly based on original construction drawings and it is textured with photos of the real thing.

If you ever have had the opportunity to arrive there by plane you may have get the impressive experience to roll with your plane under this mighty roof construction and walk away freely on the apron, even as a normal passenger. This gives a good impression how aviation has been in the former days.

Since you can't have this experience any more in real live, may be we will have it in FlightGear some day. But be patient: Since it's told to be under the twenties't largest buildings of the world, it will take some time to finish it. 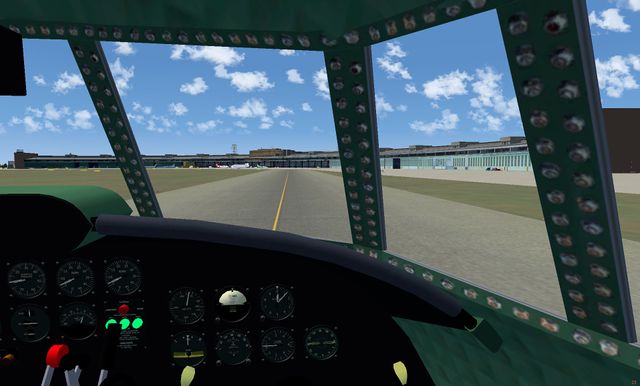 Düsseldorf International Airport is germany's third largest airport. It was updated to a highly detailed ap850 ground layout with signs and generic buildings. The scenery was generated with corine and openstreetmap. 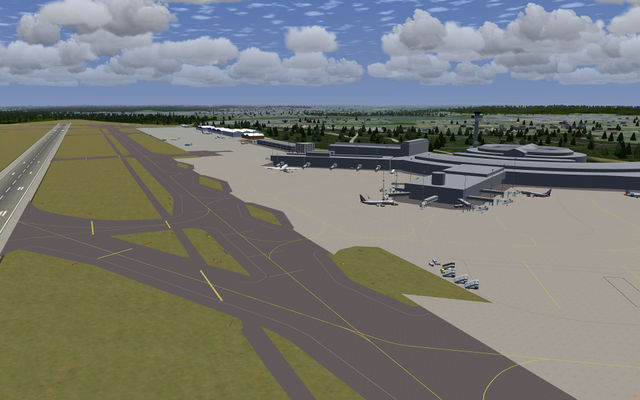 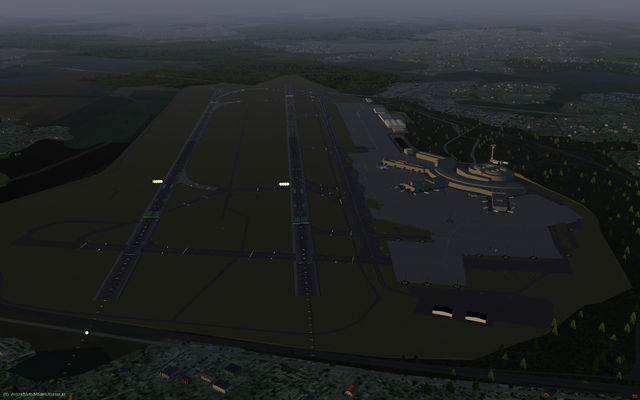 As part of a big cleanup, 2,000 inactive accounts have been deleted. Those accounts were never used for anything. Most of them had rather dubious names, normally created by spambots. The total number of users is now 1,947. 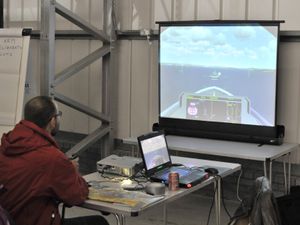