The Netherlands have ca. 1800 windturbines at the moment. Since this month, 624 of them are in FlightGear!

Adding them is relatively easy. Since we have a generic windturbine model available (Models/Power/windturbine.xml), it's just a matter of finding the GPS coordinates. Some of the larger windparks list locations on their websites. Other windturbines can be positioned based on the FlightGear scenery (with CORINE data, for more accuracy), or via satellite imagery. A website from the Dutch government has a map that shows the locations of all windturbine(park)s.

Locations for windturbines and other shared objects can be easily submitted via the new submission form, that we mentioned in last month's newsletter. 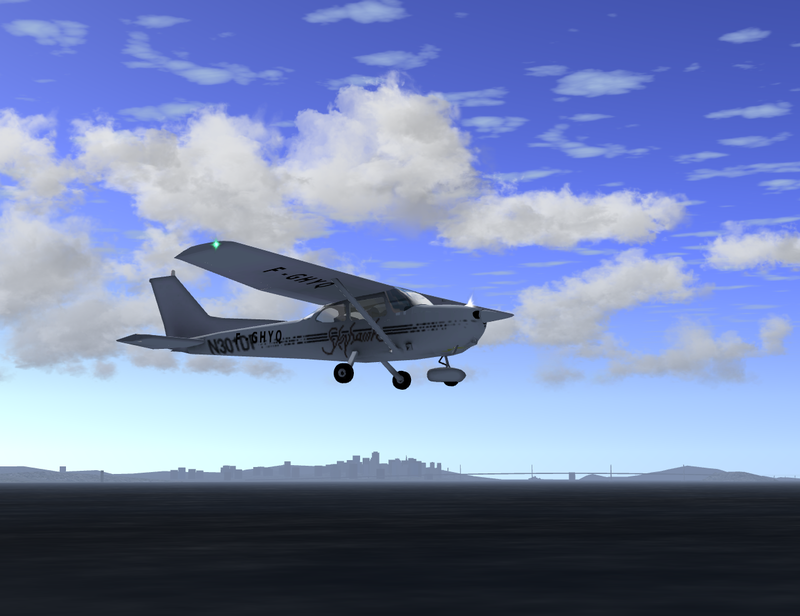 Cessna c172p near San Francisco flying over the ocean.