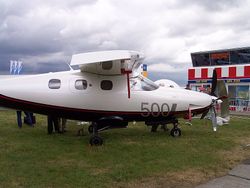 Since March 2013 D-EKEW, D-Leon, D-STHO are working on this model. They are making use of original data from the Pilot's Operation Handbook.

The development version is available via Gitorius: