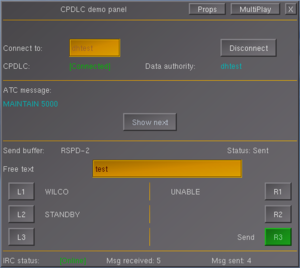 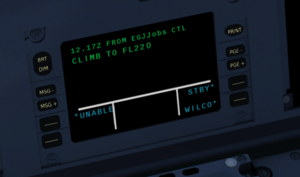 Displays the A320 CPDLC cockpit instrumentation

Recent efforts have already taken place towards implementing it in MP: