From FlightGear wiki
Revision as of 22:05, 19 July 2017 by Mickybadia (talk | contribs) (v1.3.1)
(diff) ← Older revision | Latest revision (diff) | Newer revision → (diff)
Jump to navigation Jump to search
This article is about getting the software to run. For a manual on how to use it, see ATC-pie user guide. 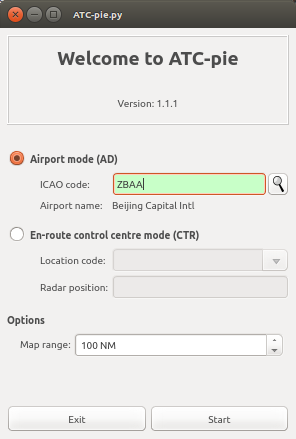