You will get a canvas window showing the airplane viewed from top with markers for the CG (the diamond), the desired range as given by the cg-min and cg-max attributes in the XML file and the hard limits for the CG (given by the gear positions). Also displayed are the centerlines of the wings and the MAC. Last but not least a colored chord line is drawn per surface element (yasim generates several surface elements per wing). They will show green for positive lift and magenta for negative lift. The red part indicates drag. 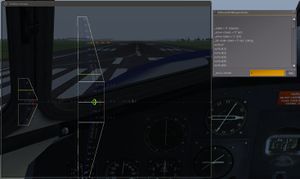 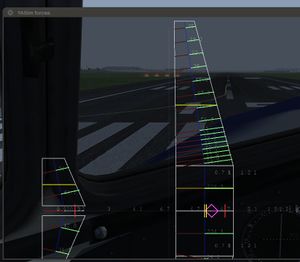 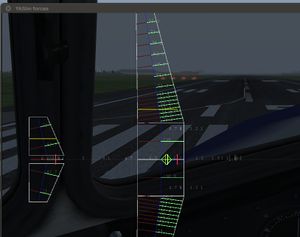