From FlightGear wiki
Revision as of 12:10, 15 July 2016 by Bugman (Talk | contribs) (Switched to the PZL-Mielec M-18 Dromader/info documentation page for the aircraft infobox by transcluding {{:{{PAGENAME}}/info}}. This is needed as underscores in the fgname parameter are not supported in the new template.)
(diff) ← Older revision | Latest revision (diff) | Newer revision → (diff)
Jump to: navigation, search

The M18B Dromader is a popular AG plane, developed in middle 70's in Polland by PZL. Dromaders are capable to make crop dusting and firefighting operations, carrying chemicals or water in a big frontal hopper.

With full payload, a Dromader can grow his total weight in more than 50%: so, it's neccesary to adjust the aileron trim carefully to fly properly. Pilots may consider to make firefighter water drops with flaps down at 15º, when plane flies with full water cargo at front. In the same way, a loaded Dromader is less maneuverable than empty ones, having more stall risk. Take attention of the lift while you do firefighter water dropping, due to fast aircraft weight loss.

The current Dromader cockpit, with a panoramic view of the controls and instruments. 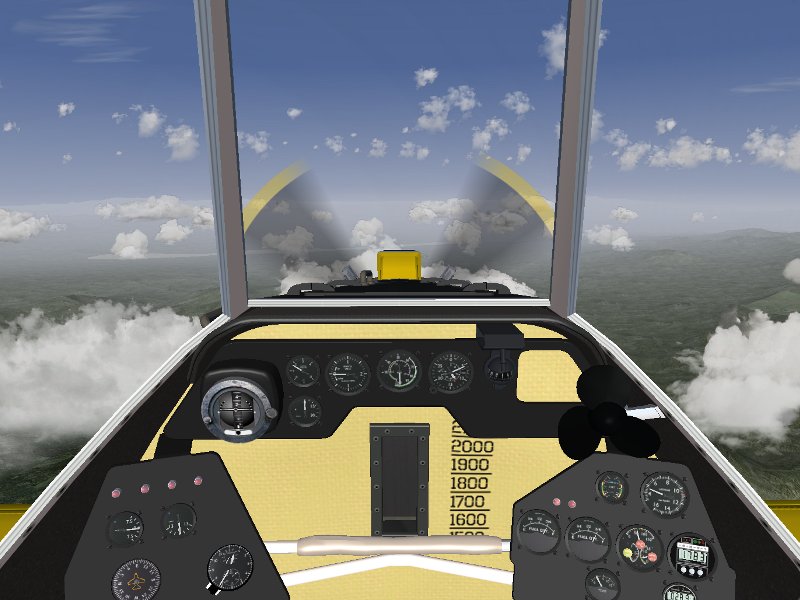 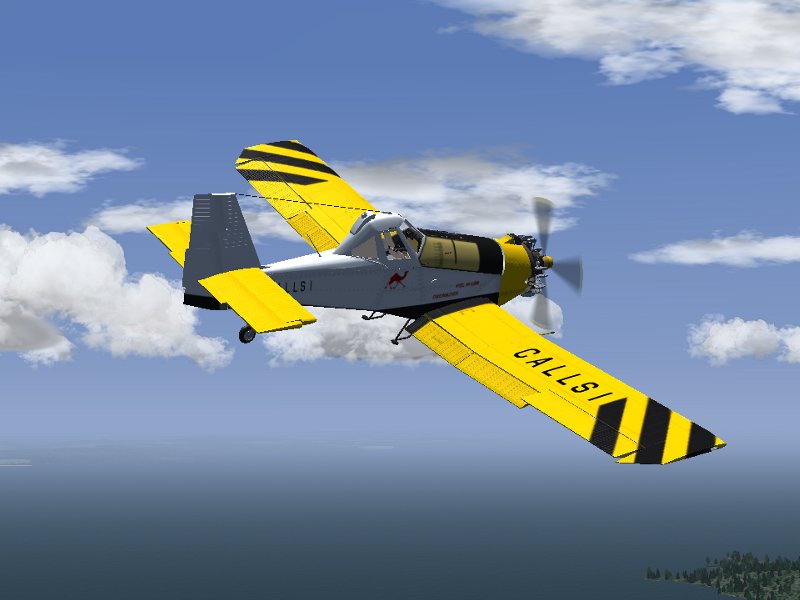 The plane is not difficult to fly - it has fairly mild stall characteristics and handles well. It is a taildragger, but compared with WW II warbirds the problems associated with the sudden lift of the tail during takeoff are mild, so it is a good plane to get familiar with the concept.