Difference between revisions of "Howto:Animated jetways"

This feature was broken for a while from end of 2016 up to 2018.2. FlightGear couldn't write the temporary model files in FG_HOME. Meanwhile this issue is solved. [1] A workaround was to use jetways.nas modified by icare38.[2]

This section lists the airports having animated jetways, as well as the aircraft and AI aircraft supporting them, as of September 2015.

The compatible airports are:

The aircraft supporting animated jetways are:

An easy use case eg. is to spawn FlightGear with a 777-200 (which is supported) at KSFO parking position E60. You will see the jetway through the cockpit window. Click on it and it will start moving.

Available jetway models in the object database are listed here https://scenery.flightgear.org/app.php?c=Models&a=browse&shared=21. Only some of them can be used as animated jetway. These are:

The number of occurences in the database probably is misleading because usages in ICAO.jetways.xml are not counted here. 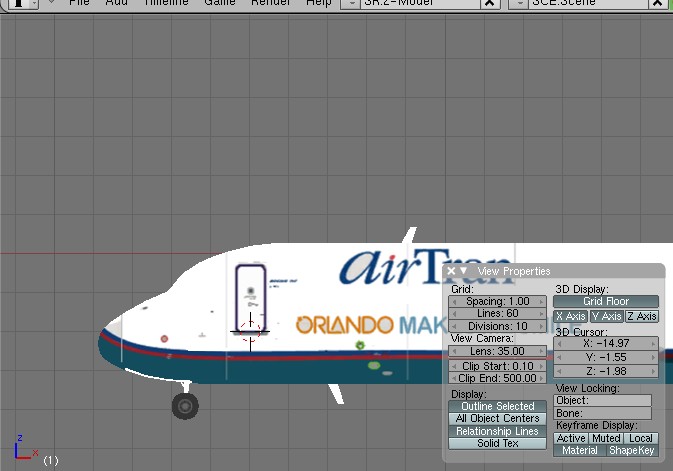 Background: The model definition of AI (and MP) aircraft is not available in Nasal. So any door definition located as property inside any XML file is not available for the jetways module. For that reason AI aircraft xml files must contain an embedded piece of Nasal code for writing the door information into the AI models property tree. This is an example taken from the MD80 AI aircraft:

The dialog is used to adjust the selected jetway. The top sliders adjust position and orientation and the bottom ones adjust the jetway itself. The offsets that the bottom sliders control can be used to model jetways that are in obscure configurations. The dropdown menus at the very bottom of the dialog control various properties of the jetway, such as the model, gate number, airline sign and door number. The following models are available:

Ryan A Young, the original developer of the animated jetway code, is planning to rewrite it as a C++ subsystem. This would bring several advantages: