FlightGear was one of the first programs which had been supported by FaceTrackNoIR, a headtracking program which registered the movements of the head by a webcam, no additional hardware (eg. markers) are required. With the switch using FGAddon the support was lost for a time. HHS now ported it now into the new scheme. More information about and how to use it you can find here: http://wiki.flightgear.org/FaceTrackNoIR

iamzac created a Robin DR401 155CDI using the FG1000 panel by Stuart. This aircraft has sound improvements and bugfixes, new ALS effects, and improvements to the 3D model. By default it starts with the existing classic cockpit and FG1000 is not loaded or initialized for maximum performance, once you toggle it from he menu or by pressing "g" it's loaded and initialized the first time, and if you toggle it again it remains loaded and running in the background even if it's hidden. The FG1000 is completely vanilla and it's loaded from flightgear's folders so any improvement in the future of the instrument with flightgear will be used automatically. You need FlightGear 2018.3.1 RC or newer to use it - the download is at https://www.dropbox.com/s/nbon8klpes3g9s0/DR400-dauphinR1.zip?dl=0.

The Cessna 550 Citation II was once again updated, with the addition of external power which can be toggled from the menu. The reversers can now only be stowed if the throttle is at idle, and the throttle behaviour with joysticks was improved. Furthermore, a new key, Ctrl + O, was added, which toggles the cutoffs. Finally, the state system received a few bugfixes, correcting the fuel boost pump states. These updates are available from FGAddon or through the launcher.

A long standing bug in the 777 has been corrected, where the views would be broken after adjusting minimums. Furthermore, the checklists have been updated to better match the real aircraft's procedures. The IDENT button on the transponder is now functional, and the transponder now transmits information over multiplayer. These updates are available from FGAddon or through the launcher.

Lbrenta released version 3.03 of the Lockheed 1049h, implementing more realistic engines with better supercharger parameters, volumetric efficiency, and bsfc. Furthermore, a debugging tool to compute endurance and range was added, which can be seen at the following properties:

The Aeromexico skyteam livery on liveries.flightgear.org was correcting, removing an accented character in the xml file which broke the aircraft.

FlightGear's Screenshot of the Month November 2018 is Moonset over Antartica from 3000 miles elevation by eatdirt: 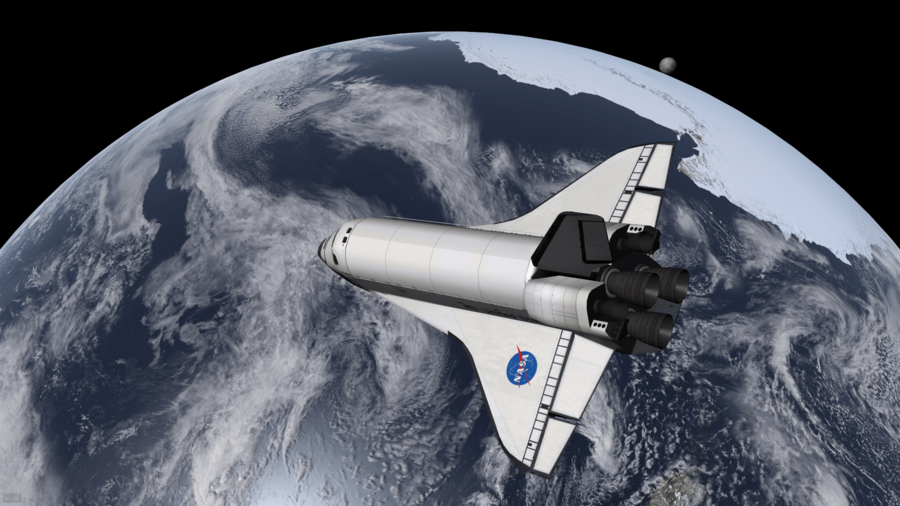 Thanks for reading FlightGear Newsletter November 2018!