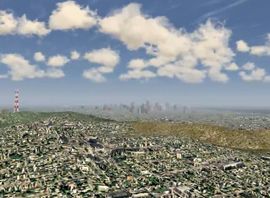 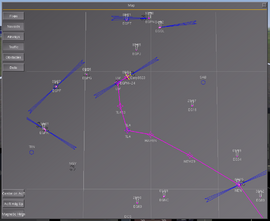 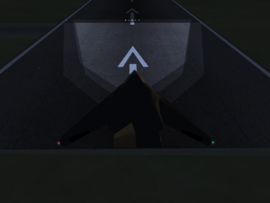 FlightGear never had support for landing lights that really lit the surface. Until now! Experimental (light) cones, developed by Lauri, illuminate everything that is inside the cone. Altough it does look good, there are some problems that need to be dealt with. Underwich the fact that other aircraft turn white when they enter a light cone. However, we can be very sure that the developers will come up with a smart solution, to fix this and other problems.

TODO - Will write something (and a WIP screenie) of the Dubai/Palm Islands/The World work that I'm doing.