Stuart implemented a fallback model for MP aircraft. Aircraft can now set a /sim/model/fallback-model-index property that is transmitted over the MP network. Receiving clients use this as an index into AI/Aircraft/fallback_models.xml to determine a model to use if the model path (/sim/model/path) cannot be found under Aircraft or AI/Aircraft. This allows aircraft developers to identify a suitable fallback model to be used for those who do not have their aircraft installed. Stuart populated the current fallback_models.xml file with all the aircraft in AI/Aircraft (selecting a single livery for each aircraft). If other aircraft models are added to AI/Aircraft they can easily be added to the file, as it's split into sections. More information can be found at MP Fallback models.

The Seneca received an update this month, adding auxiliary fuel tanks available from Tom's Aircraft in real life. Additionally, the max weight in the front and aft baggage holds was corrected to 100 pounds each (instead of 200).

In "Equipment > Fuel and Payload", you can watch the nacelle tanks slowly empty themselves into the main tanks during flight. There is no other way to know how much fuel remains in these tanks, just like in reality.

Also, note that these tanks occupy space that was formerly available for cargo in reality, but was never implemented in FlightGear. And obviously, filling these tanks must be at the expense of payload. Like in most aircraft, one cannot take max fuel and max payload at the same time; it's a tradeoff.

The fuel in these tanks increases the range of the SenecaII from 800 to 970 nmi.

The Seneca also received improvements to the interior lighting - the overhead light switch is now a two-position switch and activates the overhead lights, which now illuminate the non-backlit areas of the cockpit: the charts on the copilot's seat, the instrument panel, the throttle/RPM/mixture levers, coil flap levers, flap lever, etc.

The left-hand electrical buttons (main battery, magnetos, start button, etc.) and the instrument and radio light dimmers are no longer back-lit and no longer controlled by the instrument light; instead they are dimly lit only by the overhead light. The NAV1, NAV2, ADF and DME instruments use the radio light dimmer (which was previously inoperative) and have the same color; white, since NAV1 and NAV2 are not specific to the Seneca II but are shared between various aircraft. Most importantly, the knobs are lit, too, and therefore visible at night even without Ctrl+C.

These updates are available from FGADDON.

The dhc2 received an update, fixing the water rudders and animating them correctly, also available from FGADDON.

July has been another busy month with additions including:

User Raptor has created an AI Scenario for air refueling using Helicopters. It puts an KC-130 aerial tanker flying at speed 120 Kts at 4000 ft ASL. Its at least a challenge for pilots although no helicopter has that feature implemented using aar.nas and there for fuel quantity does not change. Take a look at the forum thread.

ThomasS uploaded objects for Cologne Airport made by pommesschranke to TerraSync. While they are not yet available due to a pending move to the AWS cloud by TerraSync, these objects will improve the experience of flying at Cologne considerably.

FGUK will meet at 8PM London time at ICAO: LYTV - Tivat, Montegegro. Please bring your choice of helicopter being certain that it can maintain a cruise speed of approximately 110 KIAS up to 7000'. Please link to any aircraft not in the FGUK Hangar. Portions of this Flight will be at tree top height following the nap of the Earth.

Waypoints are LAGJ, LATI - where we will break shortly for fuel and refreshment. Then on the LAKV and finally LGKR, Kerkira Airport on the isle of Crete in Greece.

There is terrain and lots of water, hills, mountains and hazards await. We hope to see as many as possible.

All voice comms will be using TS3 (we don't type flying helicopters!) 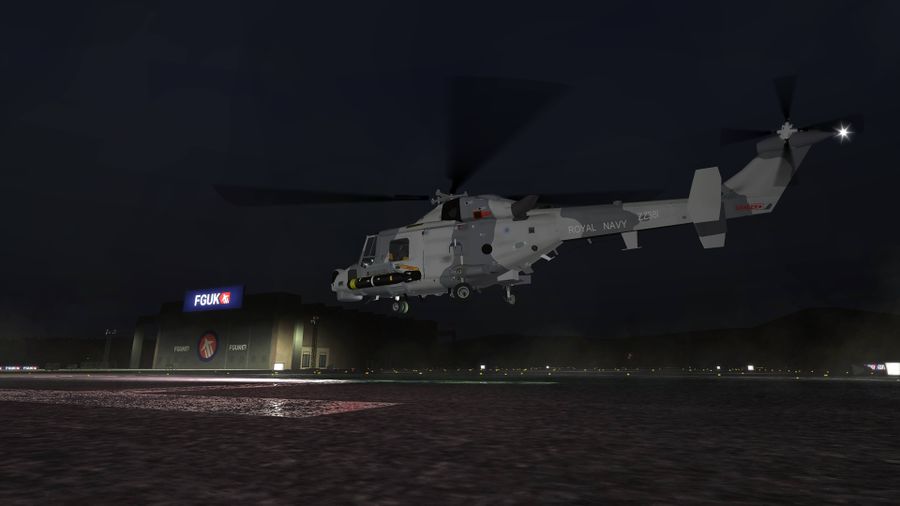 If you want to participate in the screenshot contest of August 2018, you can submit your candidate to this forum topic. Be sure to see the first post for participation rules. For purposes of convenience and organization, after all the entries have been submitted, a new forum topic will be started containing all shots in an easy-to-view layout. The voting will then take place there. Once the voting has finished, the best screenshot will be presented in the Newsletter edition of August 2018.

Thanks for reading FlightGear Newsletter July 2018!