Bugfix release. Visit the Development mailing list to learn about the current status. Release candidates are available at download.flightgear.org 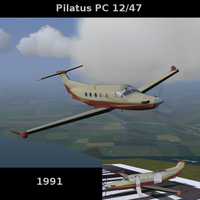