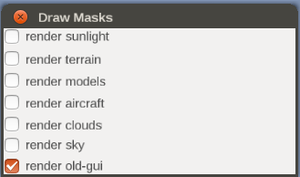 Of course it won't account for resources (memory, textures) burned by such things, but would still help different people identify slowness on their setups. [1]

This piece of code can now be easily dropped into $FG_ROOT/Nasal/canvas/gui/dialogs or just added to a nasal binding as part of the menubar. 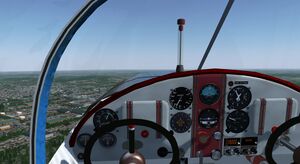 If you want to participate in the screenshot contest of May 2017, you can submit your candidate to this forum topic. Be sure to see the first post for participation rules. For purposes of convenience and organization, after all the entries have been submitted, a new forum topic will be started containing all shots in an easy-to-view layout. The voting will then take place there. Once the voting has finished, the best screenshot will be presented in the Newsletter edition of May 2017.
Retrieved from "http://wiki.flightgear.org/index.php?title=FlightGear_Newsletter_April_2017&oldid=109211"
Categories:
Hidden category: