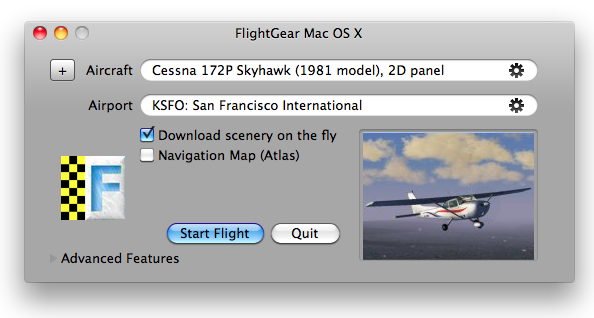 The FlightGear Mac OS X Launcher was a graphical front end for FlightGear which was included in official Mac releases from FlightGear 0.9.10 to 3.2. The launcher allowed one to choose options more easily than with the command line.

The launcher is not compatible with OS X Yosemite (10.10) and later because some libraries required for it to work were removed by Apple (see ticket #1521). For this reason, it was replaced by the FlightGear Qt launcher in FlightGear 3.4 and later.

Users who have OS X Yosemite or later, but who are still on an older version of FlightGear, can either: