The de Havilland Canada DHC-6 Twin Otter, sometimes affectionately called the Twotter, is a 20-passenger STOL (Short Takeoff and Landing) utility aircraft. It has often been called the most successful aircraft program in Canada's history. The Twin Otter is a high-wing twin-engine turboprop aircraft with a non-retractable tricycle gear, a non-pressurised cabin and two constant-speed props. In FlightGear, there are three versions available: Wheels, Floats (amphibious) and skis. 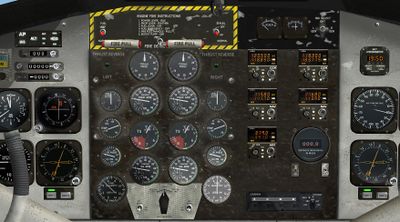 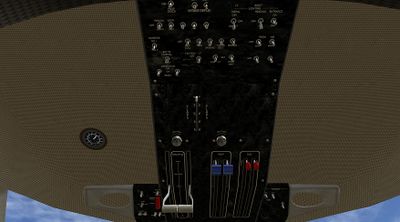 The Twin Otter is equipped with several systems which operate the aircraft's components:

Please note that as of July 2016 not all of these systems are implemented! 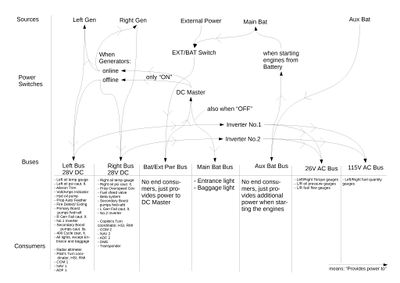 The electrical system of the Twin Otter in a schematic representation

The electrical system is fed by an 40 ampere-hour battery and two engine-driven generators (which operate as starter-motors when starting the engine). It is primarily a 28 volt, direct current (DC) system, but some components need alternating current (AC) to work.

The fuel tanks are located beneath the cabin floor and arranged in tandem. While the forward tank has a capacity of 1235 lbs the rear tank can contain up to 1341 lbs of fuel. With the engines mounted significantly above the fuel tanks the engines cannot bes supplied with fuel by gravity and hence the system has to rely completely on the fuel pumps. In normal operation (i.e. when the fuel tank selector is set to NORM) the foward tank feeds the right engine and the rear tank feeds the left engine.

The cross-feed valve is powered by the right DC bus, i.e. to work properly it needs either the battery connected or the right generator to be online.

For the Twin Otter we have a refuelling system whereby you can easily refuel your Twin Otter or drain the tanks. To activate the fuel system, click on one of the fuel caps located on the left side of the fuselage or go to "Menu" -> "DHC-6" -> "Options" -> "Ground Services" -> "Fuel Truck controls".

The Twin Otter has a quite simple hydraulic system which is mostly fully automated. Hydraulic pressure is provided by an electrical pump which gets it's power from the left electrical bus. Only a few components are operated hydraulically: Nose wheel steering, wheel brakes, and flaps.

If the hydraulic system fails or is inactive, you can still move the flap lever or the nose wheel steering bar, but it won't have any effect on the nose wheel or flap setting.

The only manual control is a mechanic hand pump whih can be used as a backup in case of an failure of the electric pump. The hand pump is stowed behind the copilot's seat.

The very simple pneumatic system of the Twin Otter is only used to provide hot air for the heating and the de-icing system.

To get the pitot heat and the prop de-icing working, you have to switch on the bleed air switches.

The intake deflectors are also extended pneumatically, but they don't need the bleed air switch to be activated. Instead they need GG RPM (also called "N2", or "Ng") to be higher than 80 percent.

A working pitot system is very essential for safe flight, although it is connected to only one instrument: The airspeed indicator (ASI). But if the ASI fails you have no opportunity to know your airspeed and you end up very likely in a stall or even a crash.

The two pitot tubes are located on the side of the fuselage in front of the pilot's (resp. copilot's) door. Make sure you removed the pitot tube covers from the pitot tubes prior to the flight or your ASI won't indicate your airspeed but act similar to an altimeter as in this case only static pressure is provided.

If you notice some odd behaviour of the ASI in flight (e.g. accelerating in climb and decelerating in descent) this is a strong indication of a iced pitot tube. Switch on the pitot heat to prevent icing.

There are three instruments that work with static pressure: Airspeed indicator (ASI), altimeter (ALT), and vertical speed indicator (VSI). The Twin Otter has a total of four static ports which are located in front of the cockpit doors, two on each side. As they are not pointing into the airstream they are not in danger of icing.

Now what happens in case of an failure of the pitot and/or the static system?

Each engine has a vacuum pump that drives the gyros for the attidude indicators and the directional gyros.

The vacuum pump is powered by the gas generator (GG) of the respective engine. 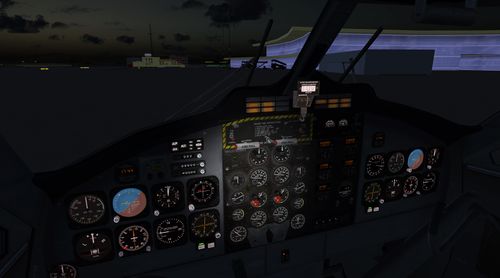 This is intended to give a brief overview over the update history. No guarantee of completeness. 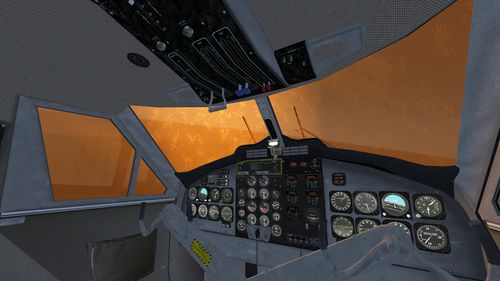 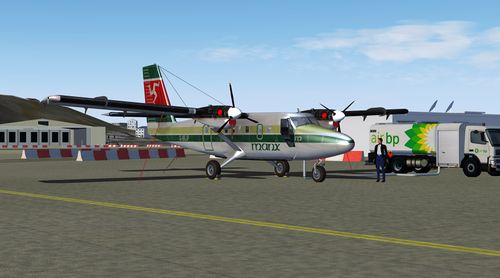 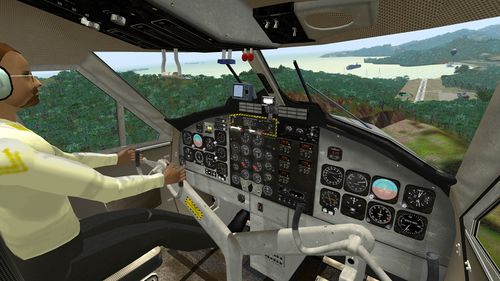 After a lot of work and a long pause the Twin Otter now has a JSBSim variant!