Difference between revisions of "Changelog 3.2"

Major enhancements in this release

Stuart committed a change that brings surface lights, including VASI/PAPI/taxi/runway etc. into the xml-defined Effects framework. Kudos to Tim Moore for his original Effects work - it made it very straightforward to enhance with support for point sprites and a custom texture generator required.

The relevant effect is data/Effects/surface-lights.eff. It should allow development of ALS and Rembrandt variants.

Stuart also replaced some OSG color/normal binding calls that were removed in OSG3.2.0, apparently because they were slow. So, if your build fails, please check you've got a recent OSG build installed.

Atmospheric Light Scattering (ALS) is one of FGs three rendering frameworks, with the aim of providing an integrated simulation of the interaction between weather, light and the environment.

Additions to ALS in version 3.2 include:

FlightGear's fully scriptable 2D rendering system now includes improved APIs for creating maps and navigation displays amongst many other improvements. People no longer need to have programming experience to add a working ND to their aircraft, it can now be all done by copying and pasting 30 lines of text and customizing a few properties. The so called MapStructure back-end handles efficient updating of all ND layers transparently. Also, maps can now be mostly customized, including custom styling (colors, fonts, symbols etc). 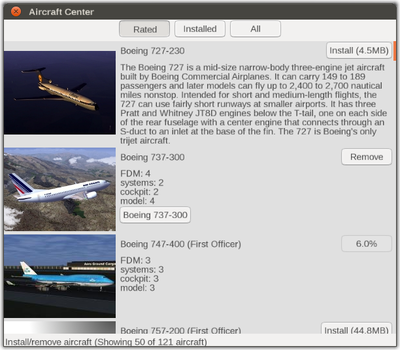 is now the same as: