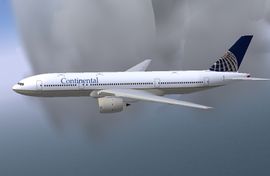 Documentation of the autopilot system.

See a guide on how to fly this plane for Flightgear 2.0