Difference between revisions of "Autopilot" 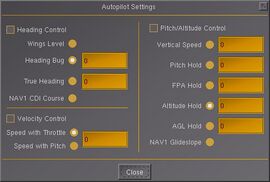 An autopilot (AP) is a mechanical, electrical, or hydraulic system used to guide a vehicle without assistance from a human being. Most people understand an autopilot to refer specifically to aircraft, but self-steering gear for ships, boats, space craft and missiles is often also called by this term.

The autopilot of an aircraft is sometimes referred to as "George". 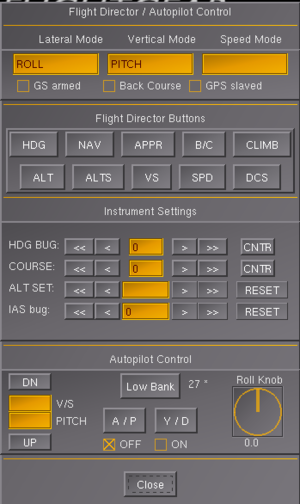