Difference between revisions of "Addons" 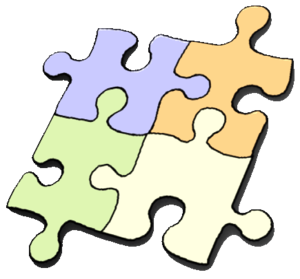 and the devel list messages referenced in the commit log. the other relevant commit is this: b60736ba7add2a7cd39af3d8a974d5be3ea46e8b It would not be very difficult to restore this functionality, or even generalize/improve it significantly (which was the scope of the original discussion on the devel list)[1]

The restored functionality could be distributed as a tarball that is extracted into $FG_ROOT - alternatively, into $FG_HOME, because Nasal files there are treated as overlays, which basically means that you can install user-specific extensions there without having to tamper with $FG_ROOT, it would only take very minor changes to turn the chatter feature into a corresponding "addon" - not unlike fgcamera ...[2]

we should absolutely stop telling anyone to edit preferences.xml in FG_ROOT; any documentation or advice which says to should be changes ASAP. [3]

The new addon "API" lets you add a config.xml to override the settings in defaults.xml.

That easily allows to

Unless your really want to add/change/remove those at runtime, this should cater for most use cases.[8]

We have some instructions how to use SVN in our wiki. It covers mostly aircraft development but the workflow is pretty much the same for addons.[9]

Torsten ended up using a fairly clever method to come up with this idea for implementing addon support via PropertyList-XML overlays loaded via the --config argument - however, that also brings with it all the power for conflicting with stuff you are loading using the same mechanism, and/or any defaults you have customied. So just be aware of how this works - and again, kudos to Torsten for coming up with such a fancy approach to make this work, despite people arguing for the better part of a decade that FlightGear would not have "proper addon/modding" support" ... ;-) With that being said, it would probably be a good idea to formalize the whole method and stop using tons of embedded Nasal, and instead document/favor the use of io.load_nasal() and/or io.include() to load Nasal code from the addon directory. Equally, such code should ideally wrap setlistener and settimer/maketimer to honor the /sim/signal "events" - but apart from that, it's a really clever idea[10]

The addon may be installed anywhere on your hard disk and it needs at least two files:

It is pretty simple but does it's job nicely with our two addons we currently have in FGAddon (ATCChatter and SpokenATC). There is a /very/ simple Skeleton addon available to be used as a boilerplate here: https://sourceforge.net/p/flightgear/fgaddon/HEAD/tree/trunk/Addons/Skeleton/ As always: feedback is much appreciated. [11] [12]

Triggered by this addon, Torsten has overhauled the addon "API" to make it a little easier to use.

Along with this, he added the spoken ATC feature as an addon to fgaddon: https://sourceforge.net/p/flightgear/fgaddon/HEAD/tree/trunk/Addons/SpokenATC/ It is now very easy to use (given you have FlightGear compiled from git HEAD or use FlightGear 2017.3.x or later.

you need at least these commits:

In general, it is recommended to also register event handlers (/sim/signals) to deal with relevant events like pause/unpause, reset/reinit etc - for example, like this:

It is also a good idea to overload settimer/setlistener respectively, to ensure that listeners/callbacks don't leak:

For the time being, the addon.nas module will:

It depend on a change to options.cxx to accept an optional --addon argument [14]

if this works with more complex, pre-existing addons such as Bombable, where the file layout is a replica of the old FGData layout, these types of mature addons might be better as SourceForge FlightGear sub-projects rather than being copied into FGAddon. Maybe the config file and nasal script could be used to automate the installation process ?[20] The Bombable addon is one of the most popular addons out there, and a large number of aircraft in FGAddon have bombable support, so it is worth not forgetting about. Especially if the addon system one day becomes automated through a catalog.xml type system[21]